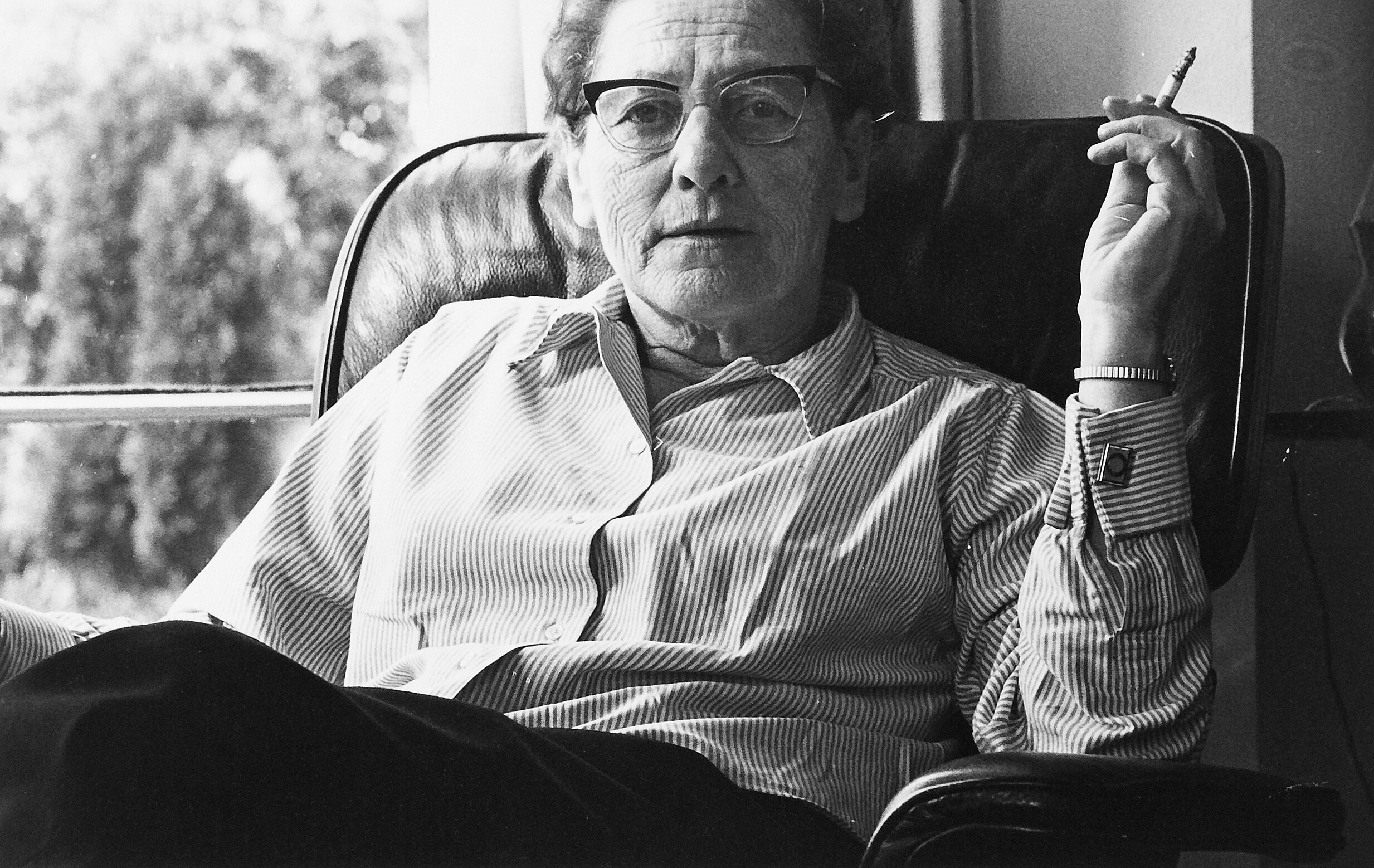 Marie Jahoda (1907-2001) was an Austrian social scientist and social psychologist. She grew up in Vienna and began studying psychology there after graduating from high school in 1926.  Due to her family’s precarious financial situation, Marie Jahoda worked alongside her studies, including at the Career Guidance Office for the City of Vienna, at the Social and Economic Museum housed there and as a librarian in the Karl-Marx-Hof municipal tenement complex. She completed her doctorate in 1932 and just one year later, she published the groundbreaking study “Die Arbeitslosen von Marienthal” (The unemployed of Marienthal), which she had worked on with her first husband Paul Lazarsfeld.

She then entered the teaching profession but was dismissed for being an active member of the Social Democrats and an activist against the Nazi regime. She was arrested in 1936 and emigrated to Great Britain the following year. The academic fresh start was — as for many emigrants — full of hurdles and was initially characterised by restricted research projects. She received a scholarship from the University of Cambridge from 1939 to 1941. Marie Jahoda ended up working on a freelance basis until the end of the war, with no direct connection to a university. In 1945 she went to the USA where she first worked as an assistant to Max Horkheimer.

When she moved to New York University in 1949, she finally succeeded in taking up a professorship in social psychology. Here she worked on a variety of empirical studies on heterogeneous issues such as prejudice, group conflicts, mental health, education and looked at the consequences of McCarthyism. In 1958 she left the USA and, in her second marriage, married the English Labour MP Austen Albu. In 1965 she became a founding professor of social psychology at the new University of Sussex and as such was at the peak of her academic career.

Marie Jahoda’s scientific work represents active interdisciplinarity — especially with regard to method selection — and internationality.  Her scientific research is consistently linked with social issues and this, along with her strong public involvement with political organisations, mean that Marie Jahoda is still today a role model for intensive dialogue between science and society.

In 1994, the Visiting Professorship for International Gender Studies was established at the Ruhr University Bochum, and named after Marie Jahoda.